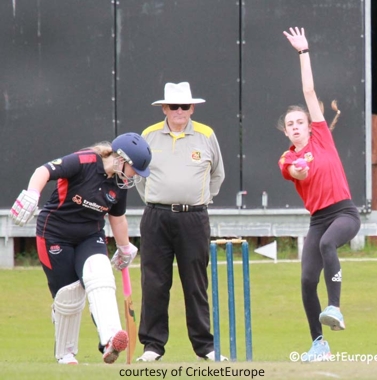 It is with great sadness we learn that NCU cricket and NIACUS in particular has lost one of the great characters of the local game.

Cyril has given a lifetime of service to cricket. Playing for Laurelvale C.C. when that club was in its heyday, they were feisty opponents on the field and extremely sociable off it.

NIACUS was delighted when Cyril opted for the 'white coat' after a long playing career. He took to the job with great gusto and was the "Appointments` Secretary`s" delight. He was always available seven days a week, and would go anywhere at a moment`s notice . Ian Houston often said he was worth three umpires to him.

I have no doubt that the Ulster cricket fraternity will all have "Cyril Vennard" stories to tell - be it of him as a player, or as an umpire. He may, sadly, have gone, but rest assured he will never be forgotten.

Both Laurelvale C.C. and NIACUS will be the poorer for his passing.

To his wife, daughter and the rest of the wider family circle may I extend sincere condolences at this sad time.